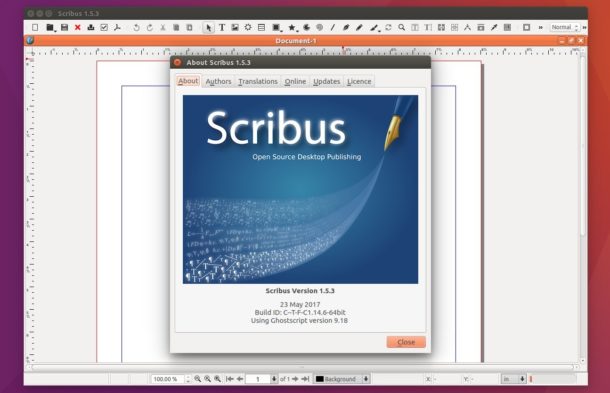 The latest development of Scribus desktop publishing (DTP) application has reached the 1.5.3 release a few days ago. Since the official scribus PPA still release, here’s how to install Scribus 1.5.3 via a third-party PPA.

The Scribus Team is very pleased to announce the release of the development version Scribus 1.5.3, which is another major step onto the next fully-featured version 1.6.0. In terms of stability, 1.5.3 features a completely rewritten text layout engine, which supports complex scripts like Arabic, Hindi or Thai, as well as providing access to advanced OpenType features, such as ligatures and alternate glyphs.

1. Open terminal via Ctrl+Alt+T or by searching for “Terminal” from app launcher. When it opens, run command to add the PPA:

Input your password (no visual feedback) when it prompts and hit Enter.

2. For those who have a previous scribus-ng (development release) package installed, upgrade the software via Software Updater after checking for update: 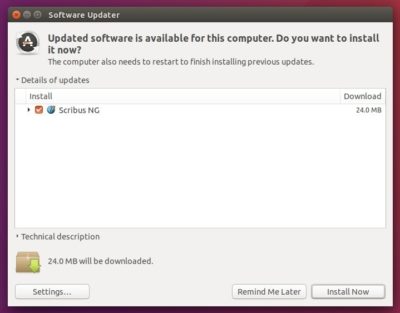 or simply run commands one by one in terminal to install scribus-ng 1.5.3:

To remove this development release, simply run command in terminal:

You can also remove the PPA via Software & Updates utility under Other Software tab.