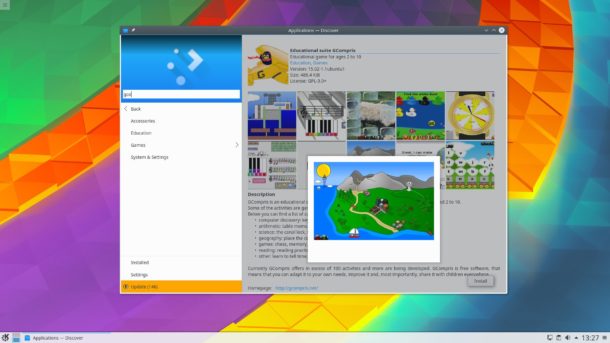 The KDE community announced the release of Plasma Desktop 5.8 a few hours ago as its first LTS (Long-Term Support) edition.

Tuesday, 4 October 2016. Today KDE releases its first Long Term Support edition of its flagship desktop software, Plasma. This marks the point where the developers and designers are happy to recommend Plasma for the widest possible audience be they enterprise or non-techy home users. If you tried a KDE desktop previously and have moved away, now is the time to re-assess, Plasma is simple by default, powerful when needed.

Plasma 5.8 source code is available for download at the link below:

For Kubuntu users, besides building from source, Plasma 5.8 will be available in Kubuntu-CI PPA (very unstable) or Kubuntu Backports PPA (well tested).