Wesnoth 1.14.12 comes with many bug-fixes to campaigns, including fixes to Descent into Darkness, Heir to the Throne, Northern Rebirth, Son of the Black Eye, and Under the Burning Suns.

There are also language updates, stability and add-on improvements, and miscellaneous bug fixes. 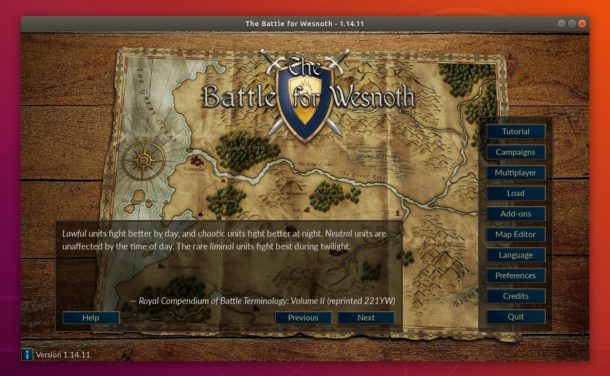 How to Install Battle for Wesnoth in Ubuntu:

Press Ctrl+Alt+T on keyboard to open terminal, then run following commands one by one.

1. First run command to make sure Flatpak framework is installed:

2. Add the official Flathub repository which contains a large list of Flatpak packages.

3. Finally install the game via command:

If you already installed the flatpak and want to check for updates, run command:

NOTE: If you also installed Wesnoth from Ubuntu Software, you will have two application shortcut icons as the flatpak runs in sandbox. Besides removing the old stock version, you may run Wesnoth flatpak via command:

To remove the software package, run command in terminal: