Plasma 5.17.5 a bug-fix update to KDE Plasma 5.17, which was released in October 2019. The bug-fixes are typically small but important and include: 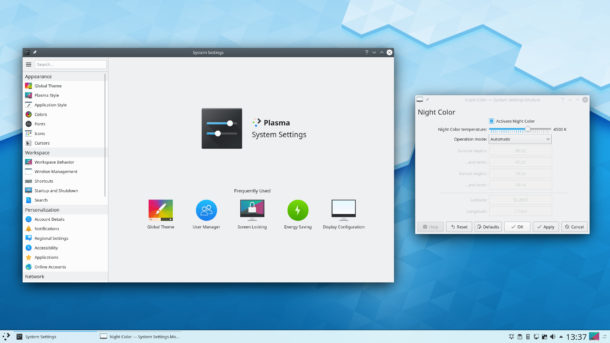 The Kubuntu Backports PPA contains backports of new versions of KDE Platform, Plasma and Applications as well as major KDE apps for Kubuntu.

1.) Open terminal either from the application launcher or by pressing Ctrl+Alt+T on keyboard. When terminal opens, run command:

Type user password when it asks, no asterisk feedback, and hit Enter to continue adding the PPA.

2.) After adding the PPA, run command to upgrade your KUbuntu desktop to get the latest packages:

For non-KUbuntu users who want to install the KDE Plasma desktop, run command:

Note the command will install full Kubuntu desktop which may changes the login screen, startup splash, etc. Take a screenshot of the installed packages in terminal in case you want to restore your desktop.

For any reason you can downgrade to Plasma 5.16.5 by purging the PPA via command:

To only disable or remove the PPA, go to Software & Updates > Other Software.