Inkscape, an open-source vector graphics editor, release version 1.0 beta 1 a few weeks ago. Now you can install it easily in Ubuntu 18.04 and higher.

How to install inkscape 1.0 beta in Ubuntu:

Inkscape 1.0 beta1 has been made into edge channel of Snap store.

1. Open Ubuntu Software, and then search for Inkscape. There are 2 Inkscape packages, go check the package details, and choose the one from Snap Store. 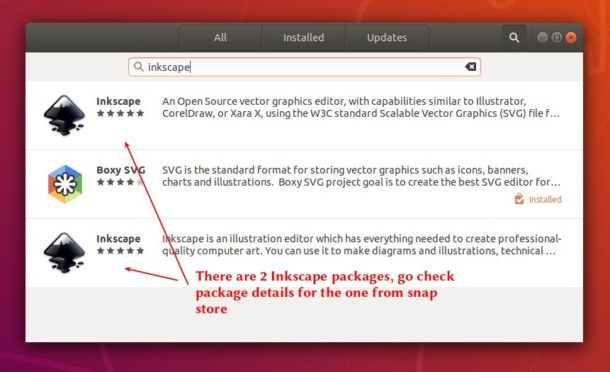 2. The snap package, which runs in sandbox, is by default installed from the stable channel. You have to: 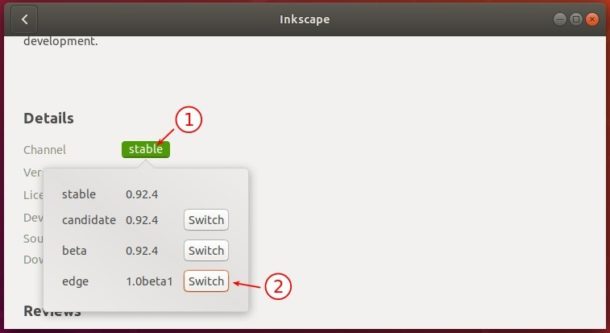 For those who are familiar with command line, simply open terminal (Ctrl+Alt+T) and run single command to do the job:

Installing the 1.0 beta snap will remove the stable version of Inkscape snap package. As a workaround, you may install the latest Inkscape stable package via PPA: