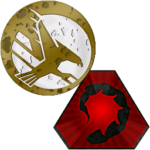 Command & Conquer Tiberian Sun now can be easily installed in Ubuntu 16.04, Ubuntu 18.04, and higher via the snap package.

C&C Tiberian Sun video game is developed by Westwood Studios and released in 1999. The main storyline follows the second major war between the Global Defense Initiative (GDI) of the United Nations, and the global terrorist organization known as the Brotherhood of Nod. The story takes place 30 years after the GDI had won the First Tiberium War in Command & Conquer.

Thanks to Taqi Raza, Tiberian Sun Snap package (containerized software package run in most Linux desktop) built via Wine platform makes it easy to install the game in Ubuntu. 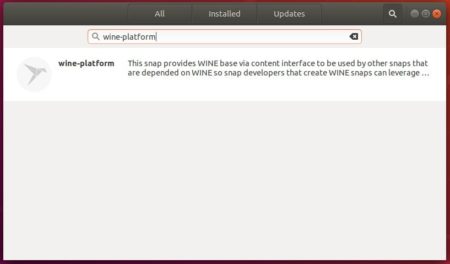 or by running command in terminal (Ctrl+Alt+T):

2. Then install C&C: Tiberian Sun either in Ubuntu Software: 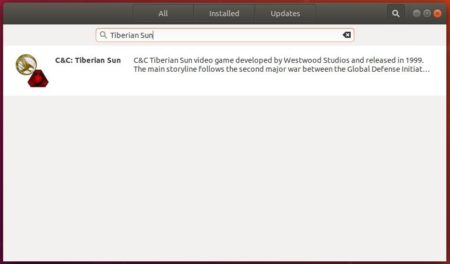 or by running command:

3. Finally launch the game either via command snap run cnctsun or from app menu: 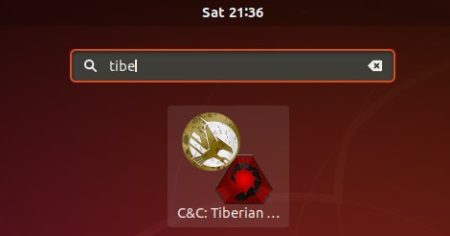 First time running the game will set up the Wine platform, ask you to choose which to install, finally download and install the game. 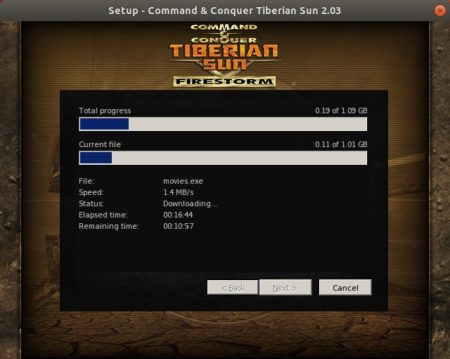 For Ubuntu 16.04, run command to remove the game as well as Wine platform:

For Ubuntu 18.04 and higher, simply remove them via Ubuntu Software.