VLC 3.0 Released! How to Install it in Ubuntu

The VLC team offers official snap package, the universal Linux app packaging format. So it can be easily installed in Ubuntu 16.04 / higher via following steps:

1. For Ubuntu 16.04 only. If you never install a snap package, open terminal (Ctrl+Alt+T) and run command to install snapd daemon first:

Input your password (no visual feedback) when it prompts and hit Enter.

2. Then you can simply search for and install VLC in Ubuntu Software:

You’ll see there are two VLC listed in Ubuntu Software. View the package details, the snap version is large in file size due to bundle of all required libraries. 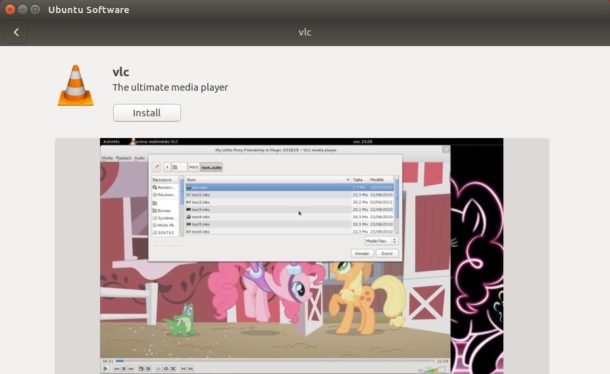 Or run single command in terminal to install the snap:

Note that the snap co-exists with traditional VLC package. Besides opening the player from application launcher, you can also run below command in terminal to launch it:

To uninstall the snapped version of VLC media player, either use Ubuntu Software or run command in a terminal window: