Gnome photo manager shotwell 0.27.2 was released a day ago with performance improvements and some bug-fixes.

Shotwell has official stable (and unstable) PPAs. The new release will be available soon in one of the PPAs for Ubuntu 16.04 and higher.

Check the PPA links, and once it’s published do following steps to install it in your Ubuntu:

1. Open terminal via Ctrl+Alt+T or by searching for “Terminal” from app launcher. When it opens, run command:

replace shotwell with shotwell-unstable in the code to add the unstable PPA, and type your password (no visual feedback) when it prompts.

2. Then upgrade Shotwell from an existing release via Software Updater (Update Manager): 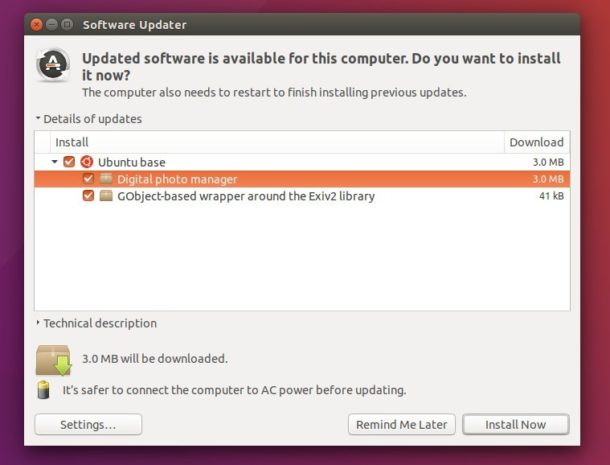 You can easily restore to the stock version of Shotwell in your Ubuntu release by purging the PPA via command: