MKVToolNix 17.0.0 “Be Ur Friend”, a new release of the free and open source Matroska libraries and tools, was release yesterday with new features, enhancements, and various bug-fixes.

For Ubuntu 16.04, Ubuntu 17.04, and their derivatives, you can install the 17.0.0 release via the official MKVToolNix repository by doing following steps.

1. Open terminal via Ctrl+Alt+T and run command to add the repository for Ubuntu 16.04, Linux Mint 18.x:

Replace xenial in the code with zesty for Ubuntu 17.04. And input your password when it prompts and hit Enter.

2. If you have a previous release installed, upgrade the software via Software Updater utility: 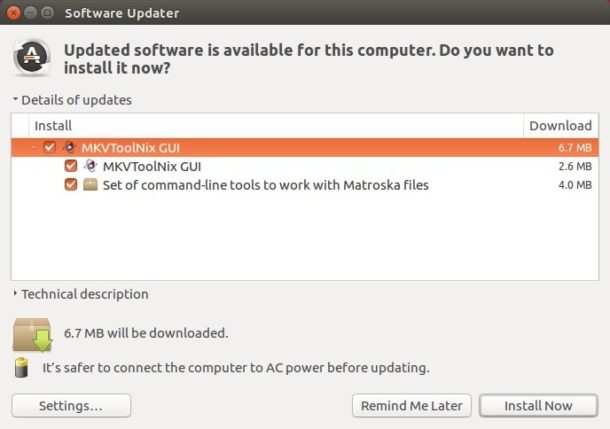 Or run commands to install or upgrade the software packages:

To remove the software repository, launch Software & Updates utility and navigate to Other Software tab.

To remove the software run command: