October 13, 2017 Comments Off on KeePass 2.37 Released with New Features and Improvements

KeePass 2 password manager reached the 2.37 release days ago with many new features and performance improvements.

KeePass was Windows only application. Since the 2.x series, it’s working on Linux with Mono project. If you prefer a password manager with native Linux support, try KeePassXC. 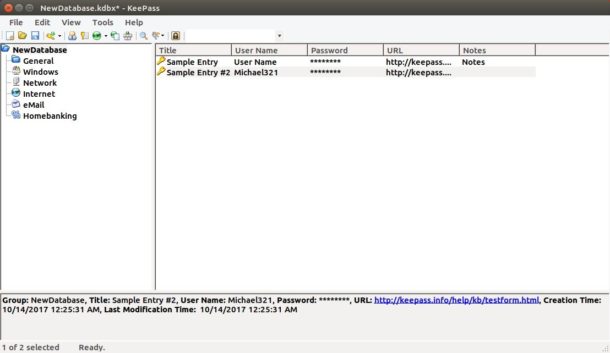 How to Install KeePass 2 in Ubuntu:

Add the PPA by opening terminal (Ctrl+Alt+T) and run command:

Then you’re able to upgrade your KeePass password safe via Software Updater. Or install the package via system package manager.