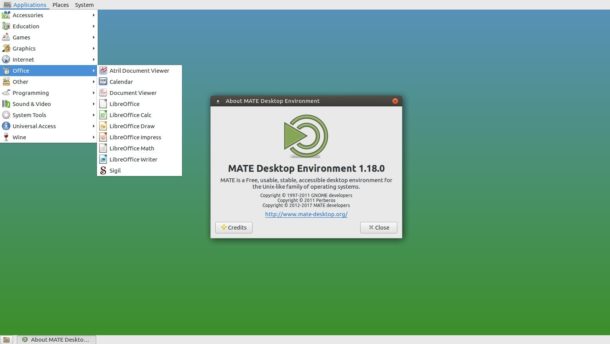 MATE Desktop, the classic Gnome 2 continuation, has reached the 1.18 release after 6 months of development. The entire MATE Desktop suite of applications and components is now GTK3+ only!

MATE 1.18 will be included in Ubuntu MATE 17.04. MATE developers has no plans to backport this release. However, there’s an unofficial PPA contains MATE 1.18 for Ubuntu 16.04 LTS.

NOTE: As an unofficial PPA repository, the packages are not well tested. There may be bugs and stability issues. Use it at your own risk!

Type in your password (no visual feedback) and hit Enter.

2. For Ubuntu MATE 16.04 or other MATE desktop users, upgrade your system via command:

Or you can run following commands to install MATE desktop for the first time:

To restore MATE Desktop to the stock version in Ubuntu 16.04 repository, purge the PPA via command: