According to the release note, digiKam 5.5.0 features:

The Appimage packages are available for download in the link below:

Make the Appimage file executable (sorry for the old pic.), then right-click and click Run the file to launch digiKam 5. 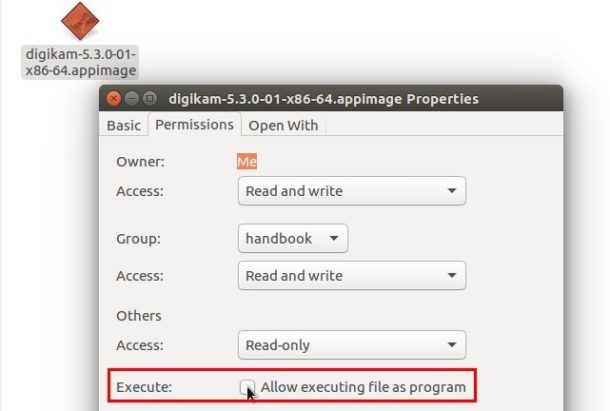 Don’t like the appimage? You can also install the most recent digiKam via a third-party PPA repository:

There may be a small delay for the new release being made into PPA, do CHECK the PPA link before doing following steps.

Type your password when it prompts and hit enter.

2. If you have a previous release installed, now launch Software Updater and upgrade digiKam. 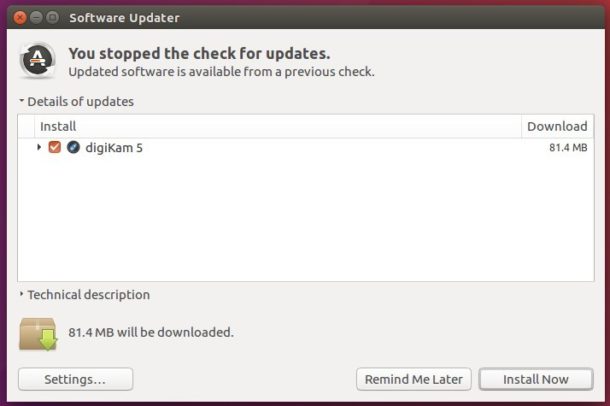 Or run commands in terminal one by one to check updates and install digiKam 5.5:

And remove the PPA by going to Software & Updates -> Other Software tab.