The changelog in Firefox 52 includes: 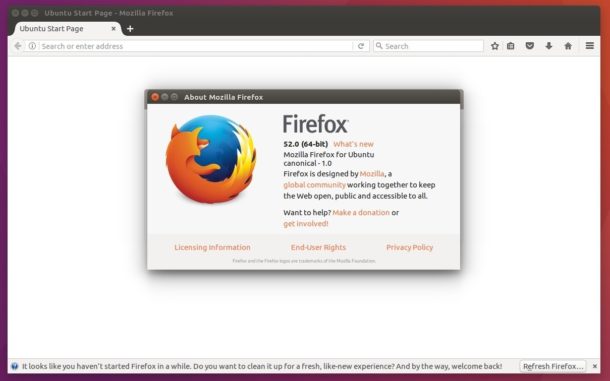 How to upgrade to Firefox 52 in Ubuntu / Linux Mint:

For the three Ubuntu LTS, Ubuntu 16.10, and their derivatives, users can easily upgrade to Firefox 52 using Software Updater (or Update Manager): 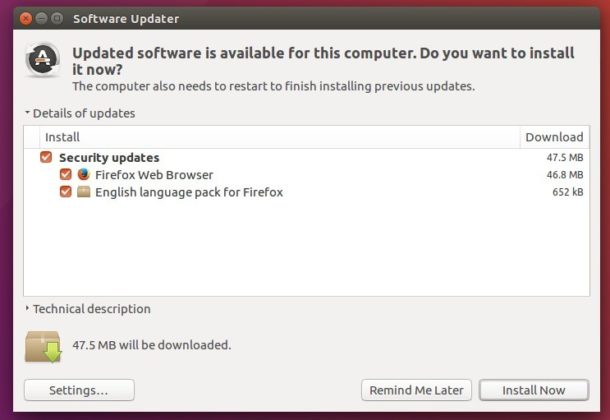