Vim (Vi Improved) text editor has reached the 8.0 release, the first major Vim release in ten years. Here’s how to install it in Ubuntu 16.04, Ubuntu 14.04 via PPA.

Vim 8.0 brings some interesting new features, many small improvements and lots of bug fixes. Here are some of them:

2. To upgrade from a previous release, launch Software Updater and you’re able to upgrade it after checking for updates. 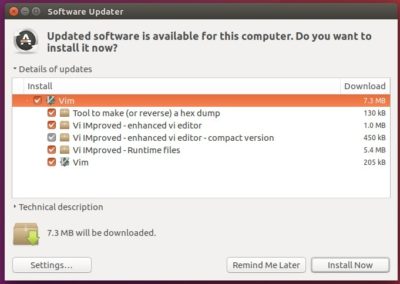 To install or upgrade Vim from command line, run command:

To uninstall Vim 8.0 and downgrade it to the stock version in Ubuntu repository, run the command below to purge the PPA: