While NVIDIA 370 is still in beta stage, the latest long-lived NVIDIA Linux driver 367.44 has been released with official support for TITAN X (Pascal) and GeForce GTX 1060 (both 3GB and 6GB) GPUs.

Besides supporting new GPUs, there is also a regression fix concerning applications using indirect GLX that would crash, and a 367.35 regression fix arround mode-setting when using MetaMode tokens. 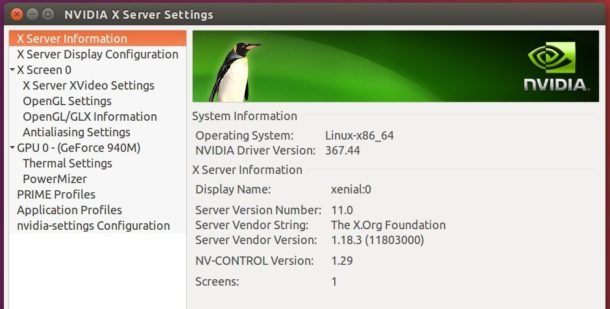 Besides using the official binaries from NVIDIA for Linux web page, The Graphics Driver Team maintains the latest binary packages in PPA, with support for Ubuntu 16.04, Ubuntu 14.04, Ubuntu 12.04, and next Ubuntu 16.10.

Finally you need to restart computer to make the new driver take effect.