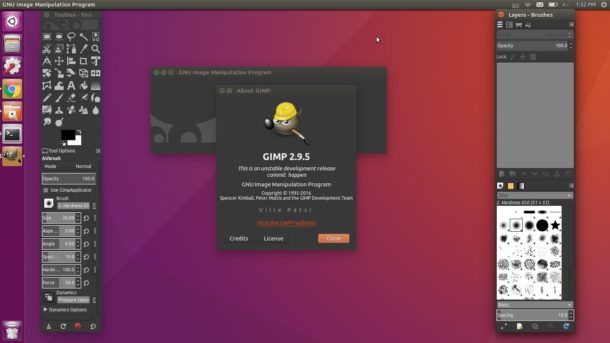 GIMP, one of the most popular Linux image editor, has reached the 2.9.5 development release, which will finally lead to the next stable GIMP release 2.10.

While Ubuntu 16.04 offers GIMP 2.8.16 in its main archive, you may either upgrade to the latest stable release, or try the 2.9 development release by following this simple tutorial.

Type in password when it asks and hit Enter.

For those who have a previous release installed, you can now upgrade GIMP via Software Updater utility: 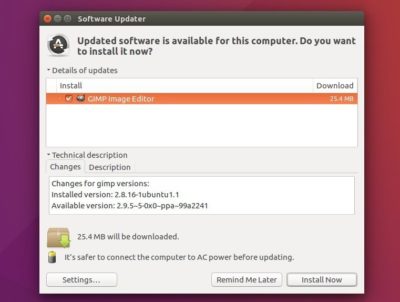 Or just run the commands below on terminal to install GIMP 2.9.5:

Since GIMP 2.9 is unstable development release, there might be bugs and stability issues. You can easily revert to the stable GIMP 2.8.16, the stock version in Ubuntu 16.04 by running the commands below in terminal: