July 5, 2015 Comments Off on Install Linphone (Open Source Alternative to Skype) in Ubuntu 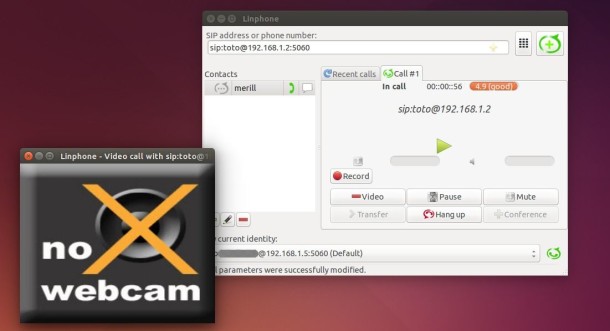 Looking for a Skype alternative application to make voice and video calls on your desktop? Well, Linphone is one of the best choices for Ubuntu users.

Linphone (contraction of Linux phone) is a free and open-source voice over IP (VoIP) service and SIP client developed by Belledonne Communications. It was initially developed for Linux, but now supports many additional platforms including Windows, Mac OS X, Windows Phone, iOS, and Android. It supports ZRTP for end-to-end encrypted voice and video communication.

Linphone can also be used behind network address translator (NAT), meaning it can run behind home routers. It is compatible with telephony by using an Internet telephony service provider (ITSP).

How to Install Linphone in Ubuntu:

1. First open terminal from the Dash, Launcher, or by pressing Ctrl+Alt+T on keyboard. When it opens, run command to add PPA:

2. After that, refresh system package cache and install the software packages via below commands one by one:

If you have Synaptic Package Manager, you may also do the steps in below picture: 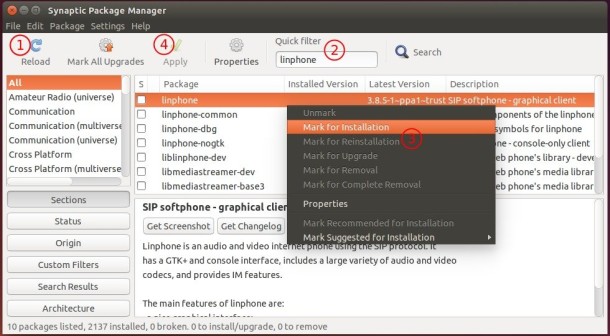