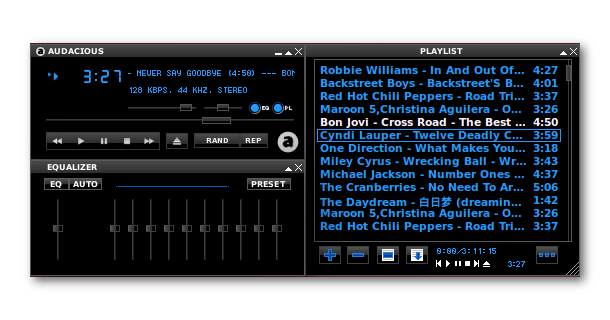 The first point release of Audacious Music Player 3.6 was released a few days ago with some important bug-fixes.

According to the release note, Audacious 3.6.1 fixed unable to play CD disk, and player crashes on song change if auto presets is enabled.

Also the new release fixed three other bugs include:

Install / Upgrade to Audacious 3.6.1 in Ubuntu:

Webupd8 PPA is maintaining the most recent Audacious packages, and so far Ubuntu 14.04, Ubuntu 14.10, Ubuntu 15.04 and Linux Mint 17 are supported. Check out the PPA page.

1. To add the PPA, open terminal from the Dash, Menu, or by pressing Ctrl+Alt+T on keyboard. When it opens, run command:

2. After adding the PPA, upgrade the music player through Software Updater (or Updater Manager).

Or run below commands one by one in terminal: