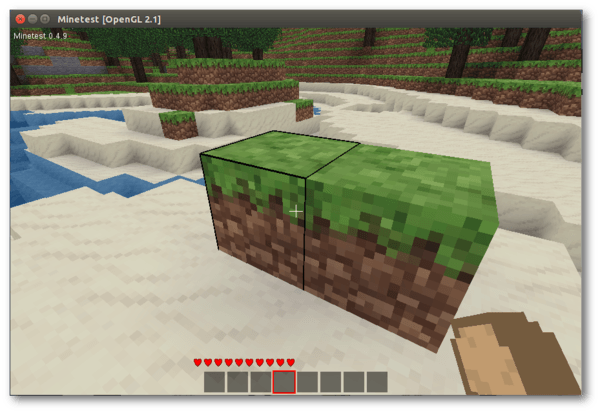 Minetest is a free, open-source infinite-world block sandbox game and game engine inspired by Minecraft. It is designed to be simple, stable, portable, and lightweight enough to run on fairly old hardware.

So far, the latest release is available in the default repositories of Ubuntu 14.04. So just search for and install minetest in Ubuntu Software Center, or click the link below to launch it: